The history of Bin-Shihon Group is intertwined with the life and achievements of our Founder and Chairman, Mohammed Bin-Shihon. Over the course of a 70-year career as an independent businessman, he served with distinction as an entrepreneur, investor and philanthropist.

Under his wise guidance and leadership, Bin-Shihon Group grew to become both a leading diversified enterprise and a major contributor in Saudi national investment.

The story of Mohammed Bin-Shihon’s journey begins in the city of Jeddah. For centuries, Jeddah has been the major center of commerce in Saudi Arabia and the Arabian Peninsula.

With the growth of the oil industry in the Kingdom, the commercial role of Jeddah expanded to provide products and services to all Saudi Arabia, including the booming Eastern Province.

In the summer of 1950, foreseeing a unique opportunity, Mohammed Bin-Shihon got a loan secured through his personal relations and established a cloth trading business.

Encouraged by the great success of his venture, and driven by an exceptional entrepreneurial instinct, Bin-Shihon expanded into a series of other business sectors, such as household appliances, tires and batteries among others.

Through our founder’s vision, Bin-Shihon Group has today a prominent standing and is proudly: 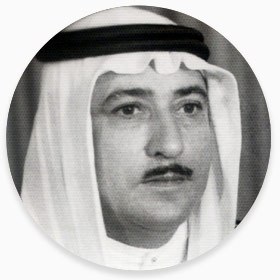 Mohammed Bin-Shihon starts his first business in wholesale clothes and related services throughout the Kingdom.

The Household Division is established in downtown Jeddah as a wholesale and retail provider of the finest China glass.

The Tire and Battery Division is founded.

The Trucks and Machinery division is founded.

The Service Equipment Division for “around the wheel” is established.

The Batteries and Lubricants becomes as a standalone division